Why You Can’t Stop Stressing 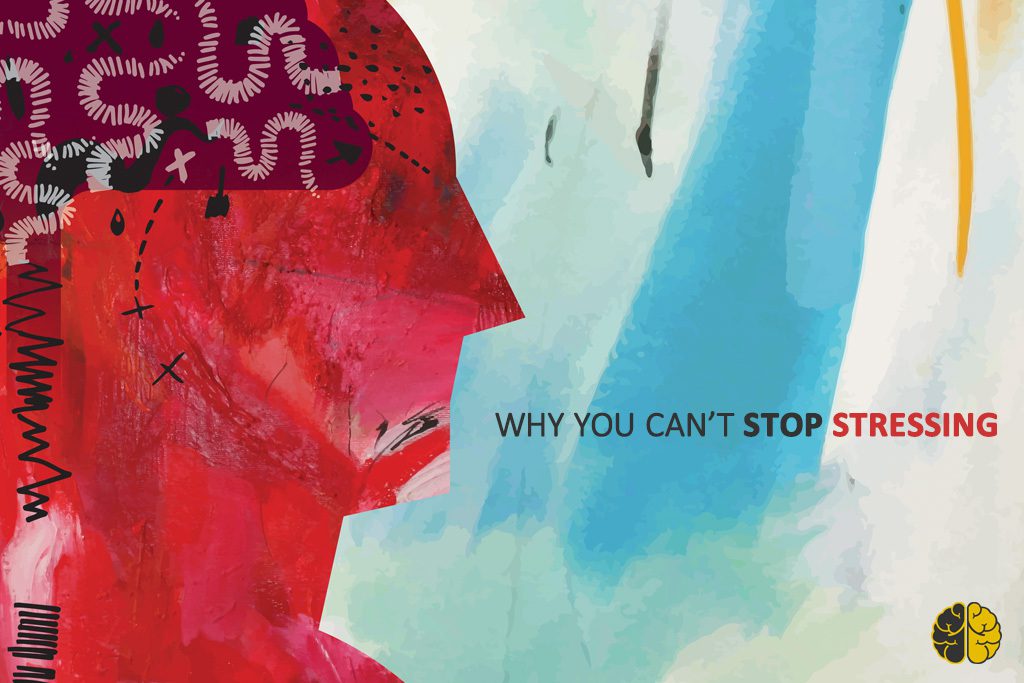 You no longer have to open your business at 6 a.m. and spin the “Closed” sign at 9 p.m. You have staff, systems and automation. Maybe, after covid, you’re even working from home.

You’re making enough money to have a comfortable income for your family and a cushion for your business. Things are good.

So why can’t you stop stressing about your business?

Why do you check the phone 50 times every evening when you should be pushing your kid on a swing set?

If you’ve ever been called out by your partner (I certainly have) for staring into space instead of talking, this is for you.

The Brain and Stress

Your amygdala is in the middle of your brain.

Its job is fight or flight. It’s the go area. And everything you encounter—the food you eat, the air you breathe, the people who eyeball you on the subway—they’re all processed by the amygdala first.

Before you even think about any of that stuff, your amygdala has already made a decision about it. On the plains of Africa, the amygdala learned to trigger the “run away!” response even before your neocortical regions recognized the lion.

Obviously, we aren’t on the plains anymore. But as entrepreneurs we’re always on the lookout for lions. There are so many ways a business can be killed—especially in the early days—that our amygdala is on constant alert:

“What’s that client going to write about me on Facebook?”

“How many people are coming through the door today?”

“Is my assistant’s grammar getting better or do I need to read more of their emails?”

“Did my lunch make my breath stinky before this meeting?”

Your amygdala likes being on alert.

This constant vigil makes your amygdala grow. It recruits other neurons from nearby areas of the brain and says, “I need these more than you do.” As it gathers power, the amygdala takes an even larger role in the brain and evaluates all stimuli for possible threats.

Do entrepreneurs sometimes overreact? Sure we do. And we blame it on fatigue or stress or distraction. But it’s the amygdala, baby. It’s training. It’s eating our stress and growing. We scroll through Twitter, we search Instagram, we try to read everything on Facebook without missing a single post—we stay on top of things!

And then one day we try to shut it off.

Now, when normal people get bored, they tend to create drama for themselves. A certain amount of positive stress (called “eustress”) is natural to keep the amygdala healthy.

Think of it as brain exercise: When things are going really well, small problems become big deals. We blow things out of proportion simply because we don’t have anything else to worry about: We have to fill that amygdala up. And so pebbles become boulders.

What happens when people win the lottery? More than half the time, their lives implode. They end up bankrupt.

But when entrepreneurs, with their super-jacked-up amygdalas, get bored, they get twitchy. Their brains needs to be fed. So they’re constantly grazing: They’re looking for problems to solve or they just seek out stimulation.

You ever meet entrepreneurs who have just reached the first level of real success? They probably nap a lot while their brains rewire themselves. But when they’re not sleeping, they’re twitching: hitting “refresh” on email, signing up to test new software, starting 50 new projects. They can’t help it.

I work with over 800 gym owners. Many work from 5 a.m. until 9 p.m., making little or no money, until they start our RampUp program. When we finally get their lives turned around, they’re surprised to find their stress doesn’t decrease. Their spouses wonder why they’re not giving their full attention to their kids or they’re out making more work for themselves. And it’s because they’re wired that way.

How do you rewire yourself to be a normal human again? How do you start to enjoy success, lower your blood pressure and catch up on the last decade of missed sleep?

You have to train your brain.

How to Retrain the Brain

First, leave the house. Get away from screens and phones.

Second, have predetermined “check-in” times for email, text, social media and all other messaging tools.

Third, exercise. Rewiring the brain happens much more quickly when you pepper it with BDNF (the chemical you secrete when you exercise. John Ratey calls it “Miracle-Gro for the brain”).

Fourth, go away. Commit yourself to a family activity that will fully occupy your mind.

The amygdala is a powerful part of your brain, but it’s overridden by the slower neocortex (where you think your thoughts). You can retrain your automatic responses with habits and override your impulses with logic—but only if you practice.

The same things happen, to a far greater extent, with PTSD.

While our stress isn’t usually traumatic, when levels go down, we’re wired to crank them back up. But the brain that got you here won’t get you to the next level.