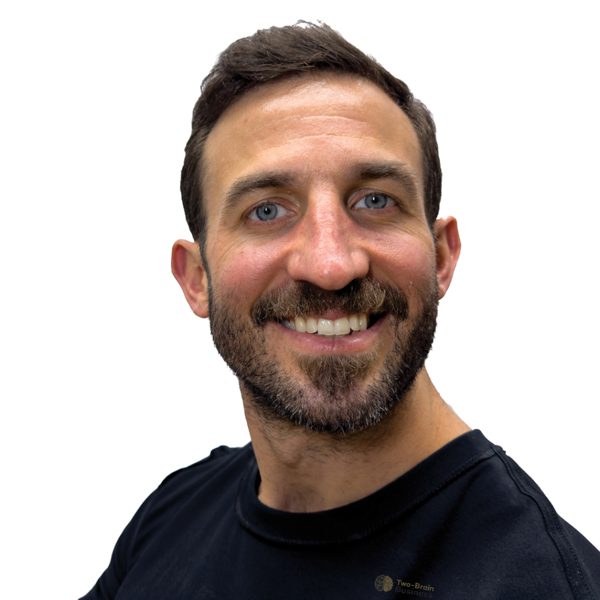 Ryan McFadyen estimates he would have saved $500,000 if he had worked with Chris Cooper starting in 2014.

Back then, Ryan said, he was a new gym owner who just wasn’t ready for mentorship. The next years were full of trials and tribulations.

In Columbus, Ohio, Ryan dealt with relocation of his gym and then a city-mandated shutdown due to zoning issues. With 200 members, Ryan ran his business out of shipping containers in a parking lot for four months. A few years later, in 2018, Ryan purchased another gym 1,000 miles away but struggled to live his best life. Then he made a call.

“In 2019, after riding the many ups and downs of the entrepreneurial roller coaster and realizing how lonely it can feel to be a small gym owner, I reconsidered Two-Brain and joined RampUp,” Ryan said. “I’m convinced that if I had joined when Chris first called me that I would have saved over $500,000 in inexperienced, bad decisions and possible missed/lost revenue opportunities.”

With guidance, Ryan was able to start making headway. He eventually sold his second gym, MouseTrap Fitness, in 2022 and redirected his energy back to his primary business, his family and other projects—including becoming a mentor to other gym owners.

“Being a member of Two-Brain’s Growth and Tinker groups, I realized that I had a lot of valuable skills and experiences to share with my peers, and I found that I enjoy helping and coaching other gym and small-business owners just as much as I enjoy helping clients with their fitness, nutrition and mindset,” Ryan explained.

His other skills? In addition to a bachelor’s degree in exercise science education, Ryan has a master’s degree in business administration, and he is a licensed real estate agent in Ohio, with experience in long- and short-term residential rental properties. As if that weren’t enough, he’s also a licensed massage therapist and registered yoga teacher, among other things.

“My mission as a mentor is to get other business owners to their Perfect Days as quickly as possible and with minimal obstacles,” Ryan said. “I encountered many obstacles on my own journey, and I want to help people avoid ever dealing with some of them in the first place. But I also want to give my mentees the tools, resources, guidance, accountability and motivation to overcome the inevitable challenges that we all face on this path.”

In his off hours, Ryan can be found cheering for The Ohio State with his wife, twin sons and two adopted pit bulls. Beyond that, he enjoys being outdoors, traveling, and sampling great food and wine.

“My mission as a mentor is to get other business owners to their Perfect Days as quickly as possible and with minimal obstacles.”